We’ve been working alongside food banks since 2012 and have seen hundreds of different fundraising strategies along the way. Core social service nonprofits tend to be the most resource constrained because operational efficiency translates into lives affected, but that can lead to a culture of perpetual desperation — which can trap development teams in cycles of poverty as they scramble to fill immediate needs, with barely any time to step back and think strategically or experiment with new tactics. As a result, food banks often end up being among the last organizations to adapt to changes (e.g. slowest to build email lists, still dependent on physical mail appeals, and poor social media consistency). These challenges have nothing to do with the people behind the organizations, because they’re often among the best and most dedicated fundraisers, but they’re nevertheless endemic issues.

Some organizations do break out, find an innovation, and end up thriving as a result — and this article will be a compilation of tactics that we’ve seen work for food banks throughout the United States.

Every single food bank that we’ve worked with has expressed a desire to expand their email list. Even the most conservative teams understand that physical mail appeals are costly and will have diminishing returns as the “check writing” generations are replaced by smartphone natives. Most food banks have a form on their website prompting people to join their newsletter — but let’s be honest, few people want to receive another generic email newsletter, and fewer still will sign up to receive fundraising appeals. The only way to get significant numbers of people to register to receive emails is by offering them something that they genuinely want to receive or including the email subscription opt-in into another action; let’s break these two approaches down separately so we can analyze specific tactics:

Genuinely valuable emails are increasingly rare, and most peoples’ inboxes are overflowing with sales, notifications, and requests. People receive so much content, from so many groups, that it can be anxiety inducing. That’s why prompting them to receive a “newsletter” ins’t an effective approach — it’s too generic and provides no clear value proposition. One way to improve your email signup rates is by using more specific reasons…”sign up for volunteer opportunities,” “receive important updates,” “learn more about this issue,” “contact me at critical moments,” will all have better signup rates than “join our email list” or “receive our newsletter.”

It’s easier to get people to raise funds for food banks than it is for many other causes, because it often impacts the lives of local people and because ensuring access to food is a nearly universal human value. The biggest mistake nonprofits make when testing out peer-to-peer giving campaigns is that they attempt to exert too much control over the process. Although it may be tempting to micromanage the messaging, branding, and framing of every peer-to-peer campaign…that defeats the core value of them. A successful peer-to-peer campaign process should require as little operational support as possible, and should enable supporters to control and take responsibility for their own messaging. When executed correctly, “P2P” fundraising is highly efficient and the most successful campaigns often surprise the receiving organization (because many times their copy, framing, and images would not have passed strict editing).

The first, and most important, step toward successful P2P fundraising is to be comfortable with giving up strict control, and learning to aim for a high volume of campaigns rather than a high success ratio. A good place to start is to create a page on your website that details how to setup a campaign, and provides simple guidelines and tips. You should also include a link to that page with a short blurb (“Create a fundraiser to feed families in our community”) at the bottom of every email alongside your default donation prompt in your email template.

People will be more likely to make a donation if you make the experience straightforward, interesting, and provide them with a few basic choices to consider. A phenomenon occurs that we refer to as “choice preference” where people become more likely to make a decision when offered multiple choices rather than a yes/no option; in an offline setting this would mean asking donors “which giving option is a better fit for you?” rather than “would you like to make a donation?” The person becomes caught up weighing the differences between the various options, decides one is better than the others, and then a cognitive bias called “affirmation bias” kicks in and they are more likely to back up that decision with action.

But beware because too many giving options is also bad! We’ve found that 3-5 options generally performs well. Consider prompts like “choose one of these three broad giving categories” or “giving at X, Y, Z level correlates to approximately this much impact.” The best possible layout includes a generic and quick giving option at the top of the page, and then more specific calls to action below that. You should also have custom giving forms with a brief call to action on any website pages that are dedicated to specific programs — in other words, if you have a page dedicated to food programs for the elderly, then you should have a call to action and donation option on that page that focuses on that narrative somewhere on the page.

Email Volume: How Much is Too Much?

Here’s an uncontroversial statement…you should aim to send as many emails as you can to supporters without causing your email list to shrink over time. The logic behind this statement is that you want your programs and the needs of the community to be as front of mind as possible at any given time. So how do you currently determine how close you are to “burning” your list by reaching prolonged subscriber losses? Where are your thresholds for increasing or reducing email volume? These are answers that you must answer in order to effectively use email as a fundraising medium — otherwise you would be shooting in the dark and basing your decisions on an isolated number of “feedback” emails, which are generally written by people who are quick to complain and slow to donate.

The most important piece of advice is to detach yourself from negative feedback emails, and to remember that “given a group of 1,000 people, at least one person is going to complain about everything and contribute nothing” and to resist altering your strategy for the other 999 people based on that small number of complainers. You cannot allow the 0.1% of people to hold you back from achieving positive outcomes for others, even though it can be easy to fixate on negative feedback and give it more weight than the 999 people who didn’t complain. Instead, we recommend using your email list unsubscribe rate as the primary measure. As long as your email growth rate is around 25% higher than your unsubscribe rate, you’re probably within a healthy range. If your growth rate is 300% higher than your unsubscribe rate then you may want to consider the possibility that you can get away with sending more emails and appeals (and test it).

Many food banks will only send a monthly newsletter email, and then a few isolated fundraising appeal emails throughout the year — this is wasting immense fundraising potential and it’s giving people plenty of time to forget about you and disengage with your work. Instead you should send weekly newsletters and have 1-4 fundraising WEEKS per year where you send 1-3 fundraising appeal/update emails PER DAY. That volume is actually much lower than I’ve seen many successful organizations send, but it’s a starting point to begin testing the waters. Take note: if you have a large list and have generally sent very low volume, when you start you’re going to see a higher spike in unsubscribes as the less committed or interested people drop off — this is fine, and I generally use > 1% unsubscribe rate for 3 consecutive emails as a signal to pull back. Every organization is slightly different, but I can almost guarantee that you aren’t sending enough email and that you’re missing out on a lot of fundraising capacity by missing that opportunity. If you have questions about your specific email list, send us an email and we’ll reply with quick feedback.

Roderick Campbell is the CEO and Founder of CommitChange, and a Co-Founder of the Houdini Project. He works with hundreds of organizations throughout the world to build stronger civil societies. 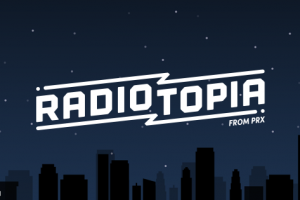 One of my favorite examples of sustainable fundraising is[...]