One of my favorite examples of sustainable fundraising is Radiotopia, a nonprofit that funds the operational costs for podcasts like 99% Invisible, Criminal, and The Heart. They launched on Kickstarter in 2014 and raised over $620,000 in one-time donations; then they realized that Kickstarter wasn’t going to be sustainable for ongoing fundraising. They reached out to us at CommitChange to explore an alternative model that focused on monthly recurring donations, and we took them up on the challenge. Here’s a summary of what worked during the campaign — hopefully it will help you plan your own fundraising! 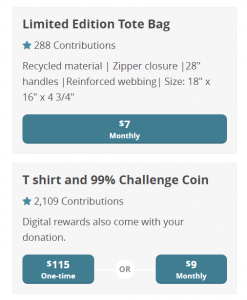 Their biggest objective was to break out of the “cycle of poverty” fundraising that results from one time giving, where you end up going back to supporters with the ususal “thank you for supporting us in the past, but we’re in trouble again if you don’t help us again this year.” They suspected that people would be amiable to being asked for monthly giving, and they knew that moving towards monthly giving would help move their donor relationships into ongoing stewardship rather than regular appeals — they knew that it’s easier to get people to maintain a small monthly donation than it is to get them to chip in larger chunks of money ever year.

One of their most intersting tactics was to break down giving levels into one-time, monthly, and hybrid options. For example, you could give either $115 one time or $9 per month for a T shirt and Challenge Coin; other options were strictly monthly or one time. Their appeals focused heavily on monthly options with the goal of sustainability. We’re not certain…but this might have been one of the first examples of a large scale fundraising campaign that focused so heavily on monthly giving.

Number of supporters instead of dollars

One of the most important lessons is that the things you measure have an effect on behaviors. Most campaigns focus entirely on the number of dollars raised towards a goal, but this can be frought with problems; for example, you can make the mistake of setting the fundraising goals too low and then seeing support drop off once the initial goal has been reached — or, worse, you can make the goal too high and set the campaign up for failure. Radiotopia chose to do something radical, they got rid of the dollar amount goal entirely and focused instead on the number of supporters. Their rationale was that it was better to bring in lots of grassroots donors than to reach a certain dollar goal with a smaller number of large donors — they knew that bringing in a large number of small donors would provide them with a grassroots base that could be stewarded up over time into bigger donors, and that it would make them more resilient against the risk of losing a handful of major donors. Measuring the number of supporters, rather than progress towards a large dollar goal, also made all donors feel equal.

Radiotopia also had a fascinating approach to matching funds. Slack, the tech company, offered them $125,000 in unrestricted funds. Normally you would notify donors that “our generous sponsor will match your donations” but they realized that this approach has a few drawbacks: it only incentivizes supporters who can afford to donate, and it most incentivizes people who have more money to give — small donors aren’t as motivated. This approach is a legacy of a pre-internet era when people mailed or phoned in their donations; what it misses is that there is no mechanism for taking advantages of the network effects that occur online (i.e. virality).

Instead, Radiotopia took the matching funds and broke it up into three major donations: $25,000, $50,000, and $50,000. They structure the match so that a major donation would “unlock” when a certain number of people had donated, at any level. For example, Slack would donate $50,000 when 10,000 people had donated any amount. This approach changed the behavioral economics, it suddently incentivized people to share the campaign like crazy because, even if you didn’t have any money, you could have a significant impact towards unlocking a huge donation if you could get other people to donate. This type of match also made small donors feel heavily incentivized — your $5 donation woud help unlock a gift that was bigger than you could ever make on your own.

The results were staggering

When they launched on Kickstarter they raised $620,000 in one time donations. By this end of this innovative campaign, Radiotopia had raised over $720,000 in annual recurring donations plus over $250,000 in one-time donations, effectively breaking them out of the cycle of poverty in a single campaign. Since then they’ve continued to partner with us on innovation and have grown their monthly giving programs significantly. Radiotopia is, without a doubt, one of the most pioneering nonprofits we’ve worked with when it comes to fundraising.

If you’d like to see their campaign page, it’s still online here: https://us.commitchange.com/ma/cambridge/prx-inc/campaigns/radiotopia-fall-campaign-2015

Roderick Campbell is the CEO and Founder of CommitChange, and a Co-Founder of the Houdini Project. He works with hundreds of organizations throughout the world to build stronger civil societies. 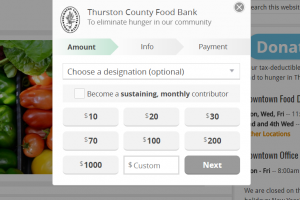 Note: This article assumes you have a basic understanding of[...]